Share a memory
Obituary & Services
Tribute Wall
Read more about the life story of Thomas and share your memory.

Thomas Cornette Thompson 81, of Oaktown went to his heavenly home on Sunday, January 15, 2023.
Thomas was born on September 4, 1941 in Kentucky to the late Thelma Thompson and Charles Thompson.
Tommy most recently owned and operated Thompson Construction.  Previously he worked for his father-in-law at Ueding Flying Service, was employed at Prestolite , and also was an agent for Western Southern Life Insurance. Tommy also spent many years running the family produce farm.
He enjoyed; fishing, camping, hunting, tinkering in his shop, and spending time with his family.
Tommy is survived by; his wife of sixty-two years, Linda Thompson; children, Tammy Howell of Oaktown, Thomas Charles Thompson (Teresa) of Delphi; grandchildren, Leah Wittmer, Nicholas Blubaum, Hannah Summers, Jacob Howell, Thomas Austin Thompson, and Holly Thompson; great-grandchildren, Ava, Jonah, Ivy, Greyson, Hunter, Brayden, Addie, Harper, Siggy; and several nieces and nephews.
He was preceded in death by his parents, one brother, and a sister.
There will be a private graveside service held at Royal Oak Cemetery. In lieu of flowers memorial contributions may be made to the Vincennes Pet Port, 1128 River Road Vincennes,IN 47591 or Fans of Special Athletes Checks payable to: FOSA (Fans of Special Athletes) c/o Charla Patton, 720 W 4th Street, Bicknell, In 47512. The family welcomes online condolences to be left at www.fredrickandson.com. Arrangements have been entrusted to Fredrick and Son McClure-Utt Funeral Homes, Oaktown Chapel.

To send flowers to the family or plant a tree in memory of Thomas Cornette Thompson, please visit our floral store. 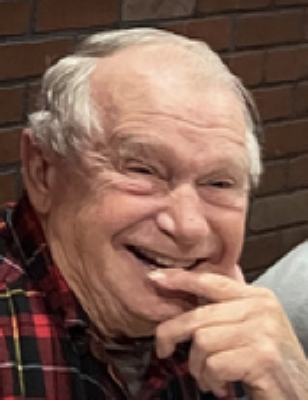 Family and friends are coming together online to create a special keepsake. Every memory left on the online obituary will be automatically included in the book.

You can still show your support by sending flowers directly to the family, or by planting a memorial tree in the memory of Thomas Cornette Thompson
SHARE OBITUARY
© 2023 Fredrick & Son McClure-Utt Funeral Homes. All Rights Reserved. Funeral Home website by CFS & TA | Terms of Use | Privacy Policy | Accessibility