Share a memory
Obituary & Services
Tribute Wall
Read more about the life story of Robert and share your memory.

Bob graduated from Edwardsport High School in 1944.  He served his country proudly in the Army Air Corp during WWII and was a member of the American Legion.  Bob was a lifetime member of Oaktown Christian Church where he served as Elder and Deacon.  He formerly sat on the Board at Oak Village Nursing Home in the early years of its existence.  Bob was an independent trucker, worked in construction, and worked and retired from Packaging Corporation of America as a truck driver.  He was a proud Teamsters Union-man.  In his later years, as soon as it warmed up outside, you would always see “Bob Brown from Oaktown” sitting/sleeping in his lounge chair on the front porch in blue jeans/white t-shirt/sweatshirt attire as cars passed by.

Bob is preceded in death by his parents (George & Gaythel), his wife (Peggy), two sisters, (Donna Brown and Carmen Redifer) and a brother (John Brown).

Visitation will be Wednesday, January 4, 2023 from 9:00 AM to 11:00 AM with a service immediately following at Frederick and Son McClure-Utt Funeral Homes Oaktown Chapel.  Memorial Contributions can be made to Oaktown Christian Church in lieu of flowers. Burial will follow in Oaktown Cemetery. Fredrick and Son McClure-Utt Funeral Homes are honored to be entrusted with Bob’s arrangements.  The family welcomes online condolences to be left at www.fredrickandson.com

To send flowers to the family or plant a tree in memory of Robert W. Brown, please visit our floral store. 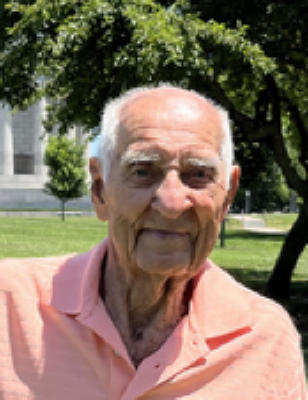