Share a memory
Obituary & Services
Tribute Wall
Read more about the life story of Kenneth and share your memory.

Kenneth Ray Kixmiller 89, of Freelandville, went to his heavenly home on Tuesday, January 24, 2023.
Kenny was born on January 5, 1934 in Bicknell,IN to the late Emma (Due) Kixmiller and Louis Kixmiller, Jr.
Kenny was raised on a farm and pursued farming as his lifelong career. He was a member of St. John’s United Church of Christ in Vincennes and a past member of Bethel Church in Freelandville. He enjoyed; IU basketball, attending church, spending time with his family, and he was an avid card player. Kenny had an adventurous spirit and loved to travel. He was a member of The Bicknell Elks for over fifty years, the Bicknell French Club, and the Freelandville Improvement Club.
Those left to mourn the loss of Kenny are; children, Kristy Dakel (Mike) of Freelandville, Kate Kixmiller of Indianapolis, and Amy McHenry (Mark) of Terre Haute; five grandchildren; ten great-grandchildren; siblings, Art Kixmiller (Mary Lou) of Petersburg.
He was preceded in death by; parents; spouse, Frances Kixmiller; a son, James Kixmiller; five brothers, Roy, Herb, Paul, Earl Wayne, and Harold Kixmiller; and a sister, Miriam Jerrell.
There will be a visitation on Friday, January 27, 2023 at Bethel Church,  13673 E. St. Rd 58, Edwardsport, IN 47528 from 10:00 A.M until 1:00 P.M. with a service immediately following also at the church.Burial will be in Bethel Cemetery. The family welcomes online condolences to be left atwww.fredrickandson.com. In lieu of flowers please make memorial contributions to Freelandville Community Home 301 West Carlisle St. Freelandville, IN 47535, or St. Jude Children’s Hospital www.students.org. Fredrick and Son Funeral Homes, Bicknell Chapel is honored to be entrusted with Kenneth’s arrangements.

To send flowers to the family or plant a tree in memory of Kenneth Ray Kixmiller, please visit our floral store. 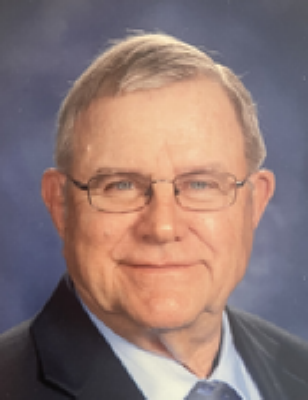