Share a memory
Obituary & Services
Tribute Wall
Read more about the life story of Arnold and share your memory.

Arnold Lee Clark, 77, of Vincennes passed away on January 11, 2023, in Ann Arbor, Michigan. Arnold was born on November 5, 1945, at home in Knox County Indiana, the son of the late Goldie Kenneth Clark & Helen Ruth "Chambers" Clark. Arnold was a member of the Bicknell General Baptist Church and served as a Deacon. Arnold was a Jack of all trades & a master of none - but did retire after 22 years from the coal mines across Indiana. He enjoyed being outdoors & spending time with his family and friends. He married Patricia Ann "Clark" Clark on December 31, 1963. They had two daughters: Phylis Ann of Indianapolis, and Anita Lynn of Oaktown; three grandchildren: Kristopher Cody (Julia) Hettich of Chelsea, Michigan, Kristin Michelle (Brian) Bye of Vincennes, Indiana & Kassandra Leigh Hettich of Lebanon, Indiana; and twelve great-grandchildren: Ember, Vera, Augustus, Bennett, Camila, Ashlyn, Adam, Easton, Nathan, Riley, Maverick & Keaton. Arnold is survived by his wife, children, grandchildren and great-grandchildren and a sister, Donna Contreras of Laredo, Texas. Arnold was preceded in death by his parents, sisters, Ellen Clark & Mary Ammons, and brothers, Kenneth Clark, George Clark, Bob Gene Clark, Donald Clark, Harold Clark, Daniel Clark & Mark Clark.

There will be a visitation held at Fredrick and Son McClure-Utt Funeral Homes, Bruceville Chapel on Wednesday, January 18, 2023 from 11:00 A.M. until 2:00 P.M. with a service immediately following. The service will be conducted by ministers Glen Archer and Gene Riddle. Burial will follow in the Bruceville Cemetery. The family welcomes online condolences to be left at www.fredrickandson.com.

To send flowers to the family or plant a tree in memory of Arnold Lee Clark, please visit our floral store. 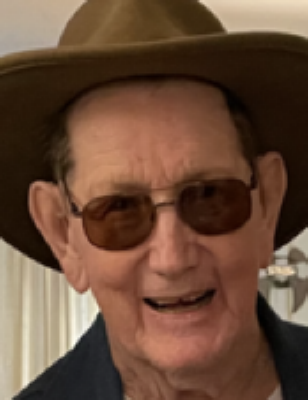